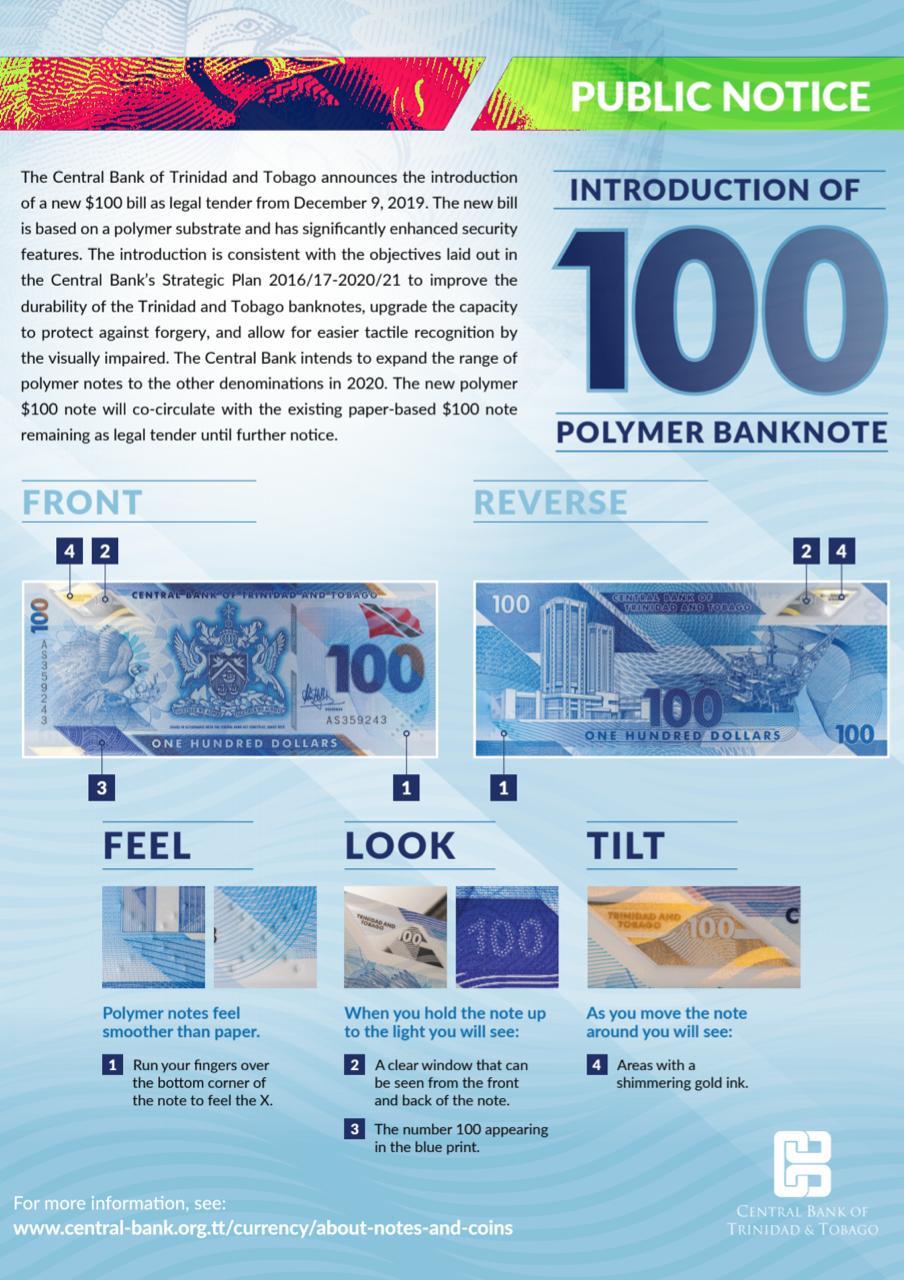 Information on new $100 note. Courtesy the Central Bank of Trinidad and Tobago

The demonetisation of Trinidad and Tobago’s old $100 paper notes and introduction of the new $100 polymer bills have been the most trending and hotly debated topics since its surprise announcement earlier this month.

Many issues surrounding the change have been canvassed by various authors, however, I thought I might add my two cents to one area that may not have been adequately ventilated to date: is a three-month extension of time to exchange the old $100 paper notes for the new polymer notes a reasonable timeframe to do so?

The Central Bank of Trinidad and Tobago has indicated it will facilitate the exchange of the paper notes for the new polymer notes within the period of three months after December 31, 2019 (ending on March 31, 2020), if it is satisfied that the failure to present the notes for redemption prior to December 31, 2019 resulted from circumstances beyond the control of the true owner of the notes or that there was some other good or sufficient reason for the failure to present the notes.

The Central Bank gave an example of what constitutes good and sufficient reason – persons who provide acceptable evidence of being out of TT during the period December 9, 2019 and December 31, 2019, and thus unable to be physically present in the country during that period to deposit the paper notes or exchange the paper notes for the new polymer notes.

I wish to offer a perspective that may be unique to individuals who need to apply for grants of representation to act on behalf of the estate of deceased persons.

When a person dies leaving behind assets, someone would need to apply for a grant of representation (a legal document) from the Probate Registry of the Supreme Court of TT to administer the estate and distribute the assets to those entitled to same. This will either be a Grant of Probate (where the deceased left a Will), a Grant of Letters of Administration (where no Will was left or the Will is invalid) or a Grant of Letters of Administration with Will annexed (where an Executor is not named in the Will, or is unavailable). The applicant would be expected to determine exactly what are the assets of the deceased person, and an inventory of these assets would form part of the application for the Grant. 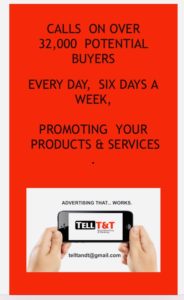 I will be using a hypothetical scenario of an applicant for a Grant of Probate (“Jane”) who is the named Executor of the Will of “John.” John died just prior to the announcement of the changeover to the new $100 polymer notes. John would not have known about the anticipated changeover.

In this scenario, Jane was unaware that John had $5,000 emergency cash, in the old $100 paper notes, which he kept hidden inside a bottle behind cleaning supplies in the bathroom cabinet.

This was John’s secret hiding spot, in case he became the victim of a home invasion. Jane, being the Executor and having access to John’s home, discovered the cash purely by accident, but after the three-month extension to exchange the old notes with the new polymer notes had already passed. What then is Jane to do?

Under present laws, that $5,000 cash would have no value whatsoever. As the expression goes, they would not be worth the paper they were printed on. Jane would not be able to get those notes exchanged for the new $100 notes at the Central Bank, in order to distribute it later on to the beneficiaries entitled to it under John’s Will, after receiving the Grant of Probate. This is even though she would arguably be able to satisfy the requirement of having a good or sufficient reason for not presenting the notes prior to the deadline of December 31, 2019.

In my personal opinion, the above scenario is not a fanciful one, but one of possibly many that may be likely to occur, particularly in the case of recently deceased persons. Such a scenario serves to demonstrate that the extension of time window ending March 31, 2020 may be just too short to be considered reasonable, and may soon cause unwarranted hardships.

A longer extension window (perhaps anywhere between one to three years) using the same criteria of having a good and sufficient reason, may be more practical, reasonable and should capture any unforeseen events which may result in old notes being turned in late.

Laws are not encapsulated in stone, and can be changed. It is hoped that further discussion and consideration is applied to this seemingly very limited three-month extension period.

Disclaimer: The contents of this article are for general informative purposes only. It does not provide legal advice and does not create an attorney – client relationship. For legal advice, please contact an Attorney-at-Law of your choosing directly.

Public Healthcare Not Good Enough for Those in Charge of