IN 2000 the Equal Opportunity Act was passed.

The purpose of that Act was to prevent persons from being discriminated against and to provide a remedy in the event there was discrimination.

The instances in which it is possible to discriminate against a person under the act are in relation to:

There are other instances that are afforded protection under the act.

In order to protect oneself against discrimination, there is a two-stage process.

In the event a person is of the view that they have been discriminated against, the first step is to lodge a complaint with the Equal Opportunity Commission.

A complaint must be in writing and must set out the details of the act(s) of discrimination. Once a complaint is lodged, the commission will take steps to investigate the complaint.

If the complaint is lacking in particulars the commission may require the person to provide further details of the act(s) of discrimination.

The commission will also request a response from the person or entity against whom the complaint was made.

The commission has the power to require a person to attend its offices for the purpose of giving oral evidence and producing relevant documents.

At the end of the investigation of the complaint the commission will determine whether there was in fact discrimination of not.

In the event the commission finds that there is a case of discrimination, it is then required to determine whether the matter may be resolved by conciliation.

Where the commission is of the view that the matter can be resolved by conciliation, they can invite the parties to conciliate the allegation of discrimination.

If the matter is settled by conciliation, the agreement is required to be put in writing and registered with the Equal Opportunity Tribunal. 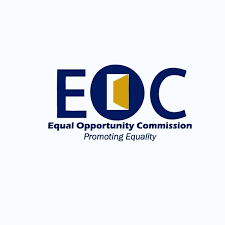 Where however the matter cannot be resolved by conciliation the commission is required to prepare a report relating to the investigation and to provide its recommendations.

This report is then sent to the parties to the complaint, is published and made available to the public for inspection. Following the publication of the report the commission then refers the matter to the Equal Opportunity Tribunal by commencing proceedings before the tribunal with the consent of the person who made the report.

Once proceedings are commenced before the Equal Opportunity Tribunal, the tribunal will take steps in order to hear and determine the complaint that was made.

If the matter cannot be resolved through conciliation, the tribunal then proceeds to manage the matter towards a final determination.

The tribunal will issue various directions to the parties with a view to hearing the matter.

Once all the preliminary matters are complied with the tribunal will proceed to hear the evidence, consider all the material before it and make a determination of whether there was discrimination or not.

If the tribunal finds that there was no discrimination, the complaint will be dismissed.

However, if the tribunal finds that there was discrimination, the Tribunal has the power to make orders or order the payment of compensation depending on the circumstances of the matter.

While this article primarily examined discrimination, it should be noted that the act contains comprehensive provisions as to what can amount to discrimination, victimisation or offensive behaviour.

If you are of the view that you have been discriminated against, or victimized or was the victim of offensive behaviour, it is advisable that you seek legal advice so that it can be determined whether you are entitled to a remedy under the Act.

Ravi Nanga is an attorney.

[Please note that this article is intended only to provide general information on the topic being addressed and should not be taken as providing legal advice. In order to be properly advised it will be necessary for an attorney to examine the relevant documents and obtain the necessary instructions before properly advising as to rights and obligations]