THE Ministry of Health says there have been 24 confirmed deaths from the influenza flu.

In its weekly flu update, it said it engaged in a robust nationwide influenza vaccination drive for the 2020 Flu Season (October 2019 to May 2020).

This campaign has been implemented to protect the population against the Influenza (Flu) Virus. 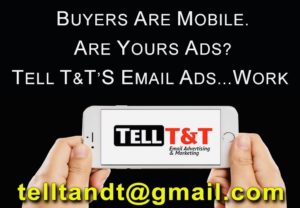 As of Friday November 29 2019, the Health Ministry Stated:

It also noted that people in the following groups were particularly vulnerable to the virus and are urged to get the flu vaccine:

Persons in the health care workforce and essential services are also encouraged to get the flu vaccine, the release noted.

Kamla Calls on Citizens to be Election Observers

Barry Padarath: PNM has Attacked Me for 5 Years